About Eric Francis and Planet Waves

After a 10-year career as an investigative reporter writing for The Village Voice, Sierra magazine and elsewhere, Eric blazed into astrology with relentless passion and curiosity. 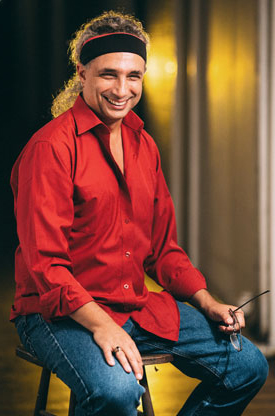 He quickly became a beacon for readers around the world, making his first mark on astrology at the dawn of the Internet.

To this new work, he brought with him the discipline, integrity and courage demanded of a reporter whose fraud investigations pursued justice for the corporate crimes of Monsanto and General Electric.

Inspired by the writing of New York Post astrologer Patric Walker, Eric wrote his first horoscope in April 1995 as an experiment. He faxed it to a local newspaper, which immediately offered to publish it.

He approached the horoscope column as a platform for ideas about growth and personal development, incorporating what he learned from Gestalt therapy, A Course in Miracles and his lifelong spiritual study. Presenting these ideas in a highly accessible journalistic form, his writing engaged larger and wide audiences.

Within a year he was writing for Chronogram, then a fledgling regional arts magazine in New York. His devoted, even passionate readership spurred the magazine’s rise to regional prominence. For 18 years running, his section is still where most readers turn first.

By 1997, Eric’s horoscope was featured on AOL-UK’s Mystic Gardens, a central online spiritual hub in England. The next year, he covered the astrology of the Bill Clinton impeachment for the website of American astrologer Rob Brezsny. On this assignment, he combined for the first time his astrological and investigative skills into a new genre of writing.

Soon after pursuing additional astrology studies in Germany, he was standing in as a daily horoscope writer for Jonathan Cainer, the leading British astrologer. In that role, he had than three million readers across England, Australia and Europe. 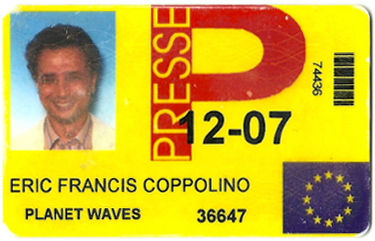 Press credential issued by the European Commission, executive branch of the EU, where Planet Waves is a recognized press agency along with The New York Times and AP.

He is the only American astrologer ever to write for the Fleet Street tabloid press, standing out even in the hotly competitive world of the British horoscope column — and the first horoscope writer to be elected into the National Union of Journalists of the UK.

His work has been carried in The Daily Mail, The Daily Mirror, People.com, Hola.com and the leading British publication Woman. His horoscopes and articles have been translated into Japanese, German, Spanish, Italian and Finnish.

Today he is the horoscope writer for the Omega Institute, the premier holistic studies center, where he’s on the faculty. He also writes the horoscopes for Marie Claire, Chronogram, and many regional publications around the country.

In addition to being a prolific horoscope writer, workshop leader, astrology teacher and internationally-respected pioneer of the newly discovered planets, Eric is editor in chief of Planet Waves, the magazine he founded in 1998.

Offering the first paid subscription service in the astrology field, Planet Waves features the work of more than a dozen writers, on astrology, tarot, personal growth and the Planet Waves speciality — the meeting of the personal and the political.

This entry was posted in Planet Waves. Bookmark the permalink.